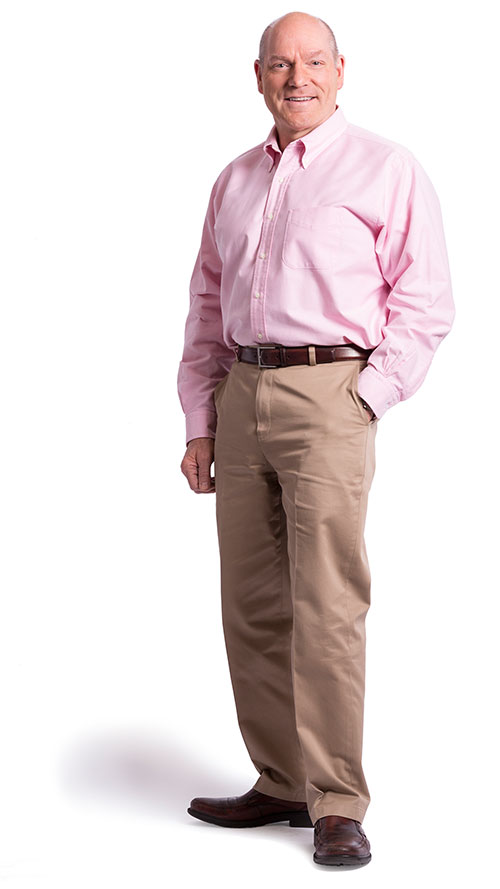 You might say Dr. Paul Manoukian started on the path to medicine as a young boy exploring biological diversity in the rivers and streams of northern Nevada.

That interest was sparked in the high school anatomy and physiology classes he found fascinating. That spark gathered heat watching his brother recover from a serious injury under the care of a talented surgeon. That heat became a flame fanned by a college chemistry professor who stressed the importance of humanism and compassion in the practice of medicine. And that flame spread like wildfire in medical school when Dr. Manoukian was introduced to Otolaryngology.

In other words, Dr. Paul Manoukian was destined to become an ENT doctor.

Dr. Manoukian attended the University of Nevada, Reno, where he majored in health science and minored in Romance Languages. During college, Dr. Manoukian spent a year in Paris at the Sorbonne taking science courses. He later returned to the states to finish his undergraduate degree, graduating Magna Cum Laude. Manoukian then headed east to attend medical school at Tufts University School of Medicine, earning his M.D. degree in 1989. He simultaneously earned a Master of Public Health (M.P.H), with a concentration in Health Policy and Management at Harvard University School of Public Health. He then completed his medical residency in Otolaryngology-Head and Neck Surgery at The Johns Hopkins Hospital, remaining on faculty for a year before heading west.

Dr. Manoukian was attracted to the prospect of developing a unique practice from the ground up. He founded Sierra Nevada Ear, Nose & Throat in 1995, providing a whole-patient approach to ENT care. He was joined by Dr. Romaneschi in 1996. More than treating a specific ENT condition or disease, he sees his role as caring for people. Among his areas of expertise are sinus, surgery, allergy evaluation, thyroid and parathyroid surgery, and pediatric ear nose and throat.

Dr. Manoukian has lived in the Reno-Carson area since he was six months old. He is fluent in written and spoken Spanish, French and Portuguese. He has enjoyed 35 years of happy marriage to his wife Becky, and together they have three grown children (two economists and an actor). In his free time, Dr. Manoukian enjoys playing guitar, cycling and fresh and saltwater fly fishing.