Bulimia Can Have Serious Consequences For Throat Health

February is Eating Disorders Awareness Month. If you’re wondering what eating disorders have to do with ear, nose and throat health, consider the bulimic. Bulimia nervosa (typically called bulimia) is an eating disorder characterized by eating large amounts of food, followed by purging, often by vomiting. This binging and purging cycle is associated with serious health risks, including problems with the throat. With 1.5 percent of American women suffering from bulimia in their lifetime, the opportunity for serious throat (esophagus) problems presents itself in more than 2,260,000 women.

A constant sore throat is one symptom associated with bulimia, a result of repetitive vomiting. When the esophagus is repeatedly exposed to stomach acid and bile, it becomes raw and irritated and may also become inflamed or become infected. This condition can make the voice hoarse and swallowing painful, causing the bulimic to limit fluids and risk dehydration.

If the esophagus is worn away by the acid present in vomit, an ulcer can develop. Called esophageal or peptic ulcers, these open wounds can be quite painful when eating, drinking or even swallowing saliva. Some esophageal ulcers will bleed, requiring immediate medical attention.

Rupture of the esophagus

The third level of damage to the throat — after sores and ulcers —is an esophageal tear caused by repeated vomiting. The tear often occurs at the mucous membrane that connects the esophagus to the stomach and results in bright red blood being vomited. This kind of tear leads to death if it is not treated quickly. Any time blood is present in vomit or feces, immediate medical help is required.

Damage to the esophagus can be treated. However, full healing is not possible until the bulimic stops vomiting. Ulcers can be treated with medications, including antibiotics. Surgery can usually repair esophageal ruptures. Any treatment will be rendered ineffective if bile and stomach acid continue to flush the throat and more extensive and dangerous damage will occur.

A trained ENT physician can treat the acute esophageal damage, but that is simply the first step. Bulimic patients must undergo counseling that puts a stop to their dangerous behavior to ensure long-term health. Bulimia and its health effects are very serious and can be life threatening. If you or someone you love is suffering from this disorder, seek professional help immediately.

What is causing my loss of taste and smell?

There are a number of variables to consider when uncovering what’s caused your loss of taste and smell. Some of those variables include:

Does my child need an ENT specialist?

The parents and caregivers of young children know that kids get sick with numerous ailments any time of the year. So how does one determine when to seek out a pediatric ENT specialist? 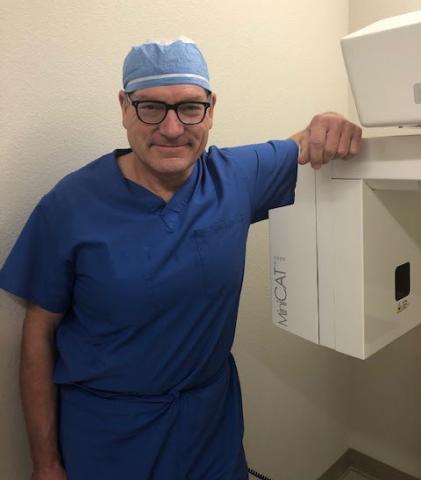 Adapting to a New Normal in COVID-19

The COVID-19 pandemic has changed all of our lives. From wearing face masks to attending more Zoom meetings than we can count, we’re all working to adapt to a new normal. At Sierra Nevada, Ear, Nose & Throat, we’re no exception.